Bread for the World 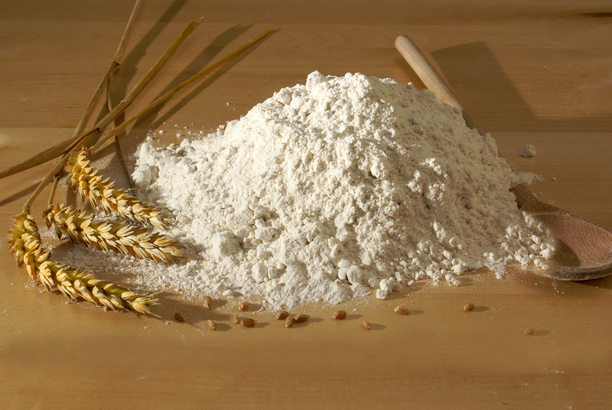 The Swiss company Anutec GmbH has developed a sensational process for complete separation of wheat kernels into constituents during milling. Using this process, the bran essentially does not need to be milled together with the rest of the grain, but can be separated directly by means of screening. With this new milling technology comprising pin Mill and screen, which has actually been known for a long time, many conventional processing steps become unnecessary when producing flour. This is because a single milling and screening pass is used instead of numerous passes. For the screening technology employed, Anutec relies on the Sonoscreen plus ultrasonic technology from Telsonic AG. Proper selection of the screen alone makes it possible to classify the type of flour. This extremely practical process, which offers energy and ecology benefits and works on both a small and large scale, could revolutionise production of flour.

"There will be a revolution", states Arthur Nussbaumer with assurance. "Not because of increasing bread prices this time, but because of our new milling process for wheat. The reason: this process makes it possible to actually save 90% of the energy and time required", continues the Director of Anutec GmbH in Düdingen. What sounds so unbelievable has already been realised and brought to the market by the Swiss development engineers. And what is even more remarkable: A universal pin mill for milling grain that the engineer has designed and is marketing through his own company. It includes an ultrasonic screen from Telsonic AG with screens that have different mesh sizes, allowing the user to classify flour into the desired type with a single pass. The energy required is about only ten percent of that needed to produce flour conventionally. And the yield of the specific type of flour is even considerably higher. Users report productivity gains of up to 40 percent.

In a sense, the grain is extracted

What is revolutionary about the process is the combination of a moistening process with a milling process in a pin mill with a screening step that yields clean flour reliably and quickly. The cleaned grain is first moistened in a moistening screw by introducing a precisely controlled amount of steam. "During the harvest, everyone attaches great importance to a moisture content of between 13 and 14 percent in the kernel. We add moisture to the kernel", explains Ernest Badertscher. The former Nestlé has conducted research on food production for over 30 years and and is now focusing on simple, energy-efficient processes for food production. Fast and carefully controlled moistening makes the bran soft, yet pliable and tough at the same time.

Instead of the kernels now being milled in a roll mill together with the bran, they are thrown against the pins in a pin mill that is rotating at very high speed and essentially burst into two parts: Fine flour and the bran as a soft and pliable flake. The bran separates completely from the rest of the wheat kernel. "Basically, we extract what is inside the wheat kernel", is how describes the process Nussbaumer. The one-time screening step with the ultrasonic screen from Telsonic gives the user clean flour. Depending on the mesh size of the screen, grey or white flour is obtained. The yield is considerably higher than that from a roll mill. With the Type 700, for instance, the yield is 80 percent and higher. With a screen mesh size of 250 µm, Type 405 flour can be removed by screening in a single step. "In this case as well, the yield is 10 to 20 percent higher than with the time-consuming conventional process", assures Nussbaumer.

The process is not really new – but the technology is

The developers experienced a surprise when they wanted to patent the process. "We learned that this process had already been patented over 100 years ago, but never applied practically", reports Nussbaumer with a sense of wonder. The reason was the complicated milling and screening technology, for which a reliable technical solution could not be found until now. And in fact, the pin mill from Anutec is rotating at the previously unattainable speed of 10.000 rpm. This is also necessary to achieve the desired effect, namely, bursting of the kernel. Moreover, the pins on the rotor and stator must not touch one another at these high speeds. In conventional pin mills, the pins deform at these speeds in response to the forces encountered; until now, a crash was unavoidable.

Nussbaumer, the clever engineer, ultimately selected a material mix for the pins that withstands these speeds without being damaged, thus making these high speeds possible in his UM 315 universal pin mill. The exact composition of the material, however, is the Swiss engineer's secret. In a real-world application, one such mill has been running continuously at a customer for 1 1/2 years, assures Nussbaumer. "Flour is being milled in a three-shift operation seven days a week without interruption."

The screen is available at all times

Screening is the third important factor after moistening and milling. This is where the ultrasonic screening technology from the Swiss company Telsonic AG achieves the desired results. While with conventional screening the screen always became "blind" in a short period of time because the mesh openings became clogged, they remain open essentially at all times in the Sonoscreen plus from Telsonic. For the past two years, the Swiss engineers have been recording major successes with the new process at their customers regularly. The technology is not limited to screening of flour, of course. In the pharmaceutical industry medications in powder form are screened, while in the colourant industry, colourant powder and, in the metals sector, even difficult-to-screen materials such as tungsten carbide and stainless steel powder as well as ceramics and the rare earths are being screened successfully.

With presets for various types of powder, it is possible to achieve productivity gains amounting to tens of percent with the Sonoscreen plus. This results from use of a generator that always excites the best resonance values for the particular application. The system is gentle on the material, does not have to be cleaned nearly as often and is extremely energy-efficient. "With 16 product-specific possible presets for our Sonoscreen plus, users can always find the screening setting that produces the best screening results", emphasises Antonio Augello, Product Manager at Telsonic in Bronschhofen.

Moreover, the relatively new screening technology is flexible and operates at a variety of frequencies. At the start of the screening operation, the system scans the situation and selects the best resonance points for the desired excitation. Since conditions change continually during screening as a function of the weight or temperature of the material being screened, these optimal operating points also change. Sonoscreen plus monitors the continually changing screening situation and adapts the screening process automatically every minute. Optimising the movement of the fabric in this way boosts throughput during screening tremendously. "Productivity gains of 30 percent, 40 percent and even higher are not uncommon", reports Augello. Any tendency of the material being screened to start melting as a result of the heat generated by the high energy input is effectively prevented. In turn, the intervals between cleanings are extended considerably.

Screening technology from the pioneer in ultrasonic screening

The Sonoscreen plus is operated via an easy to use and understand membrane keypad. The system stores preset, customer-specific formulas which can be accessed at the touch of a button. Sonoscreen plus is available for screen diameters up to 2900 mm. In the case of wheat kernels, 1,200 mm screens are used. HF cable lengths of up to 50 metres are supplied to enable the generator to be installed in a central location. For screening of explosive materials or use in hazardous zones with the potential for explosion, the ultrasonic pioneers even offer a version with Atex certification. Existing Telsonic screening systems can be retrofitted to the new Sonoscreen plus generator at little cost.

Thanks to the improved technology in the pin mill and the innovative screening technology, the old patent that Nussbaumer and Badertscher have reactivated is finally embodied in a reliable process. The process can be implemented on a small scale that yields a few kilos of flour per hour or on an industrial scale that produces tonnes of flour. "What is important to us, however, is the fact that every farmer can use the process to add his own value and increase income", emphasises Nussbaumer. Nussbaumer has already learned firsthand that suppliers of mill equipment are not interested in the process. "This would obviously call into question all of their previous products." And use of this affordable technology directly at the source could lead to a revolution from below. The consequences when the farmers in developing countries get wind of it are unimaginable. The "Bread for the World" project might then finally realise its original intention.Text and images also at www.pressearbeit.org

The Swiss Telsonic AG is the pioneer in the field of ultrasonic technology. The company, founded in 1966, with subsidiaries in Germany, England, South-East Europe, China and the USA as well as a joint venture in India and representatives in many countries, holds numerous patents. It applies ultrasonic technology to welding, separation welding, cleaning and screening as well as to chemical processes and packaging.